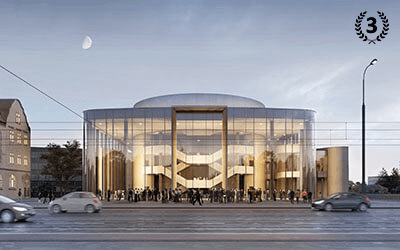 Merge the planned development into the existing space at the end of Saint Martin St., which is closed by a complex of grand historic buildings, in a manner indicating the present-day construction time and function of the development, yet without interfering with the existing feel of the area.

Context – incorporate a new form into an old framework

The overall objective in designing the architecture of the Music Theatre building was to utilise the spatial and architectural values of the site, including the neighbouring historic building of the Academy of Music, the richly sculptured building of the Adam Mickiewicz University located on the opposite side of the street and, finally, the dynamic nature of the city infrastructure and railway facilities.

Simple and easily identifiable arrangement and interaction between the city and theatre spaces have constituted the design input criterion. The public zone, audience-artist interaction zone and the backstage areas are intuitively situated on the North-South axis.

The authors’ idea was that the new building should correspond to the existing architectural context, both in terms of architectural style and nature, yet without excessive megalomania.Intermingling between the styles of the Emperor Wilhelm II district and the contemporary architecture of the Baltic office building, the Music Theatre provides the final touch for the sturdy, representative city architecture, overwhelming a viewer looking at it from the west with a regular, dignified façade of vertical divisions.From the entrance yard the building opens to the Saint Martin St. thanks to the glazed façade showing the dynamic and expressive staircase.The corners are purposefully rounded to echo the Academy of Music building and to match the soft corners of historic buildings.The extended western wing of the Theatre building provides an additional acoustic barrier, separating the theatre auditorium from the tracks, and accommodates restaurant, banquette and office areas.The symmetry of the functional layout of the theatre is reflected on the façade drawings where the vertical game of divisions entwines the building block, becoming less dense and opening up in the area of the spacious entrance foyer.This invitation to the building interior, to the world of theatre acts also in the opposite way: the spectators are offered a new perspective to admire Poznań with its historic architecture, when they enter the open staircase after the spectacle the city breaks into the building interior. 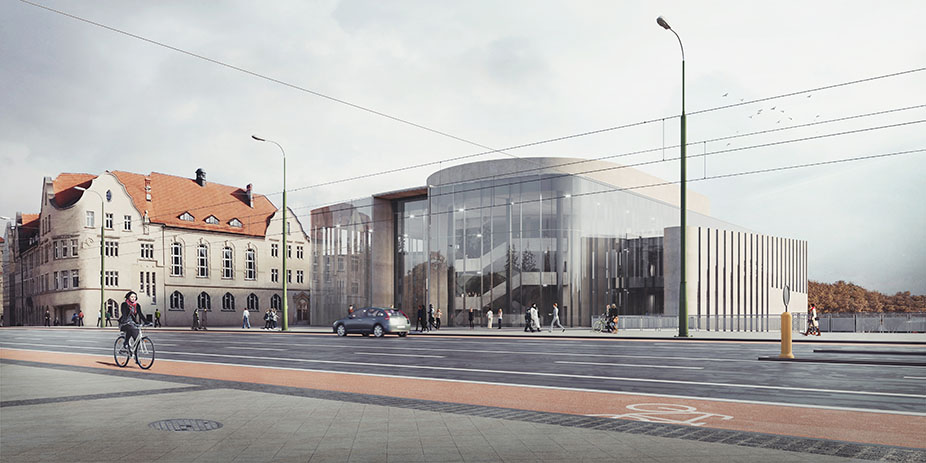 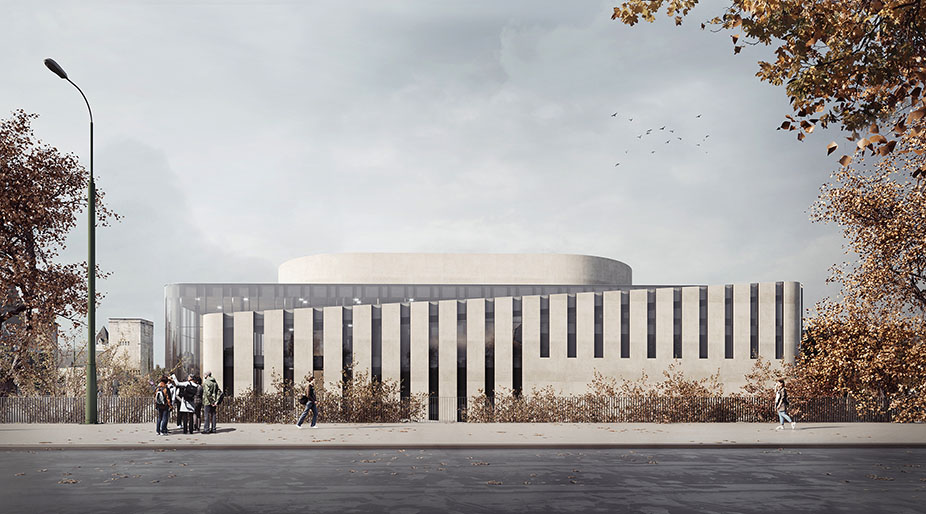 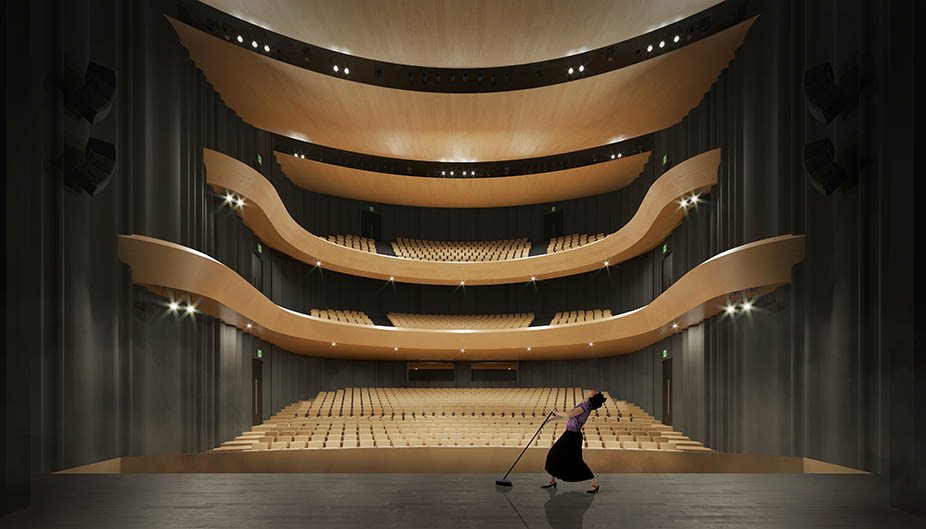 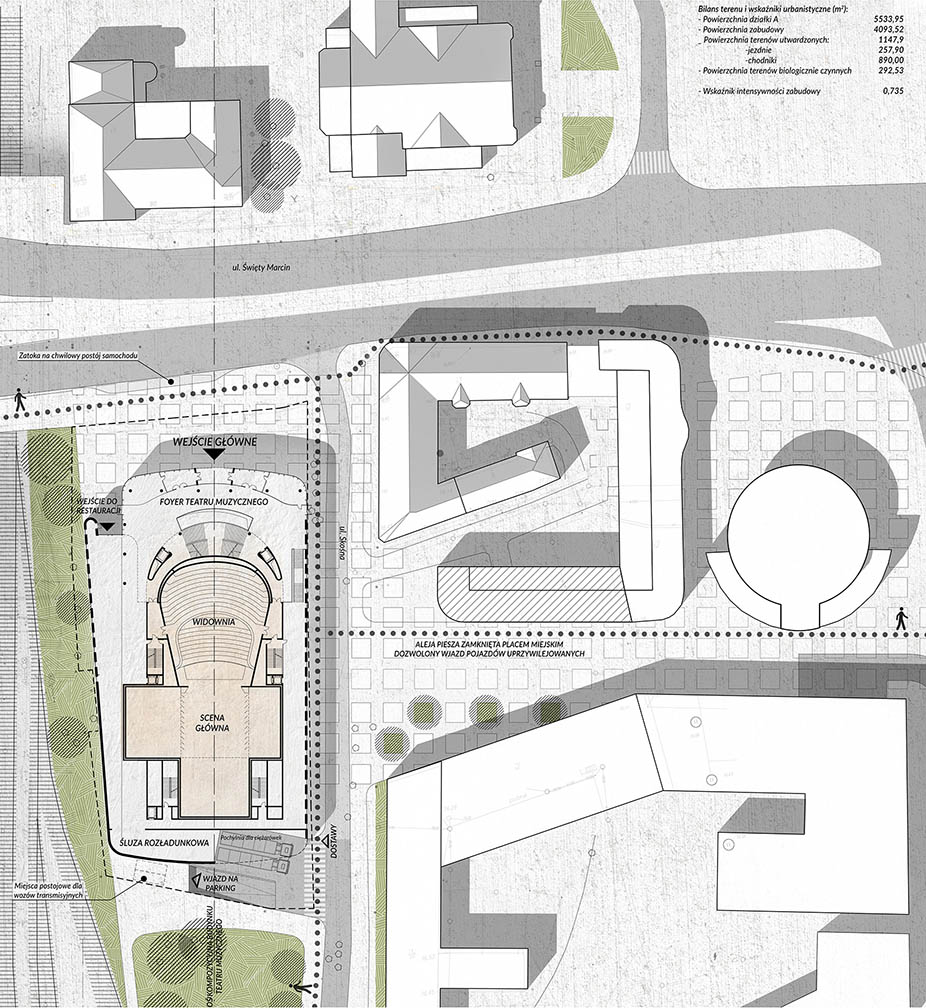 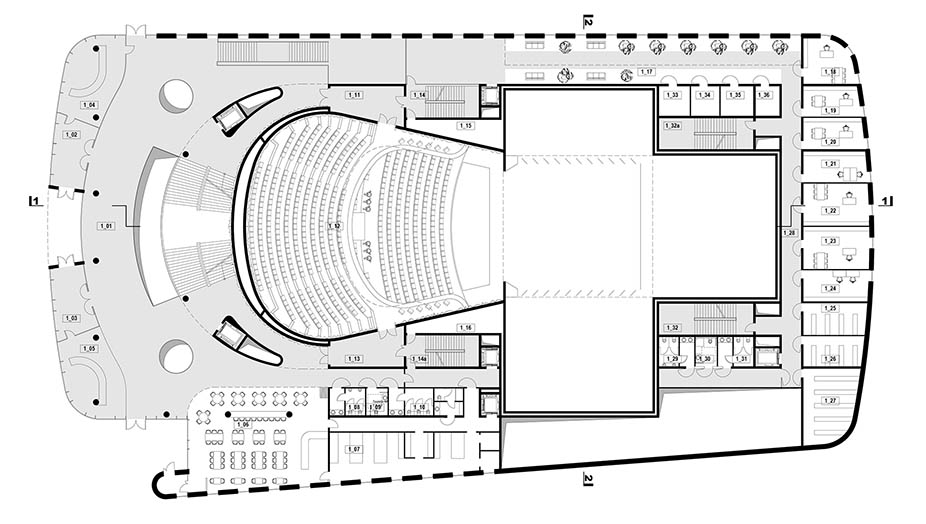 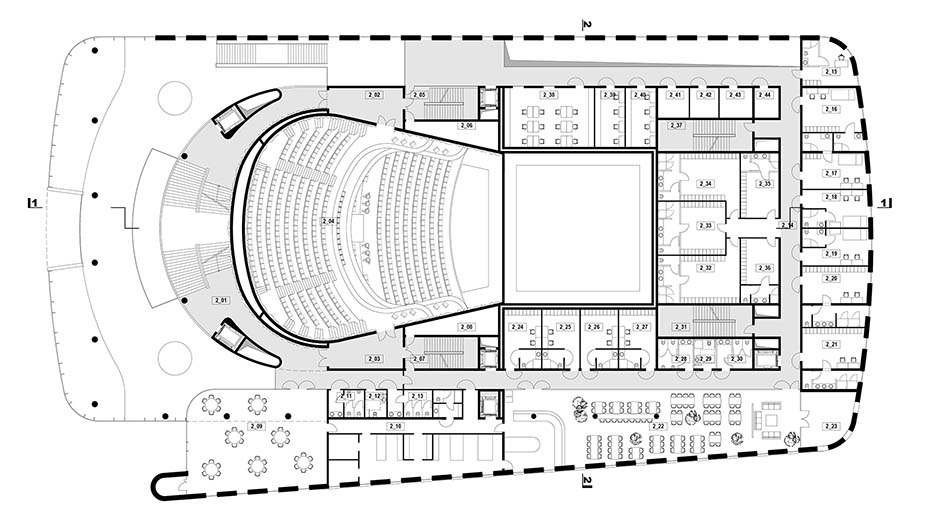 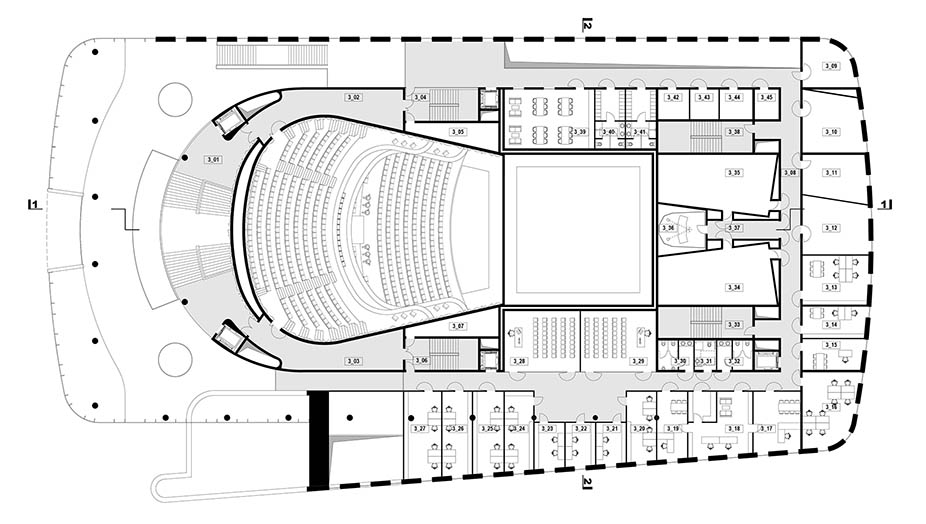 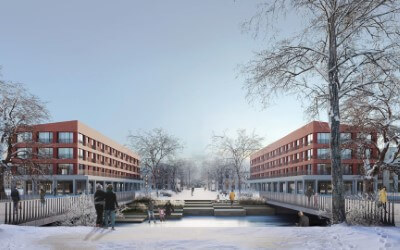 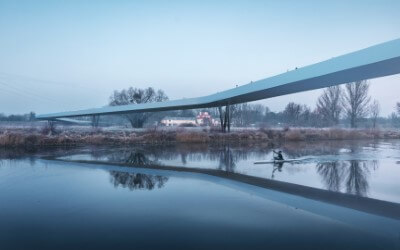 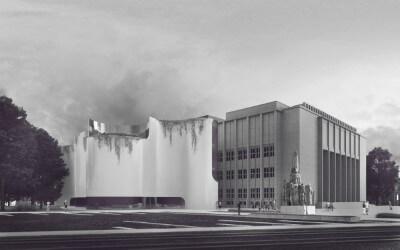